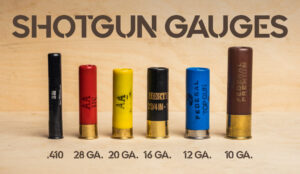 Shotguns are one of the most popular class of firearms in the world. They are used by hunters to put down game of all sizes and are also trusted by homeowners for personal protection. This widespread use is due to the fact that shotguns are one of the simplest types of firearms, but the ammunition can be quite confusing. This is because shotgun shells are measured using an outdated system.

While I appreciate the nostalgia of using old-school measurement systems, not all shooters share this sentiment. With that in mind, we have created this crash course to shotgun gauges. Below, we discuss the shotgun gauges that are in use today and identify the ideal application for each size of shell.

How Are Shotgun Shells Classified?

As mentioned above, shotgun shells are classified by gauges. Unlike other types of ammunition, the gauging system used with shotgun shells does not correspond to any linear measurement. When shotguns were first invented, most gun owners made their own ammunition from lead.

An exception to the gauging measurement system is the .410 shotgun. This firearm is actually chambered in a .410 caliber. However, some ammunition for this shotgun is listed as 36 gauge. .410 and 36 gauge shells are virtually identical in diameter.

Technically, shotguns are made in sizes as large as a 4-gauge. However, 4-gauge shotguns are not legal in the United States. Besides, they are extremely impractical due to their weight and the amount of recoil they produce. The production shotgun gauge sizes that are currently in use are as follows:

Of these, the 12-gauge is by far the most commonly used shotgun caliber. The 12-gauge round is available in a variety of shots, including birdshot, buckshot, and slugs. There are several variants of these shots as well. You can purchase birdshot or buckshot with a different number and size of pellets.

Can All Shotguns Shoot All Lengths of Shells?

No, it is important that you choose the correct shell length for your shotgun. Shotguns generally indicate which size that they are rated for on the side of the barrel. For instance, if your shotgun’s barrel is marked with the engraving “12-gauge 3-inch”, then it can fire 3” shells. In addition, it can safely fire both 2 ½” and 2 ¾” shells, but it cannot fire 3 ½” shotshells.

Shotguns are a simple and relatively easy-to-maintain class of firearm, plus they are a blast to shoot. However, it can be difficult to determine which gauge of shotgun is right for your needs. In order to make your decision easier, we have outlined the key aspects of the 6 major shotgun calibers below.

As the largest legal shotgun gauge available in the U.S., the 10-gauge provides a superior bore size. While you might suspect that it is used for big game, the 10-gauge is actually primarily utilized for hunting duck and geese. This is because the large gauge accommodates bird shotshells that contain a massive number of pellets.

There are a few main downsides to the 10-gauge. First, it is notably heavier than 12-gauge shotguns and produces tons of recoil. It has also declined in popularity over the years, which means that there are not many 10-gauge shotguns on the market. Finding ammo is also a challenge. 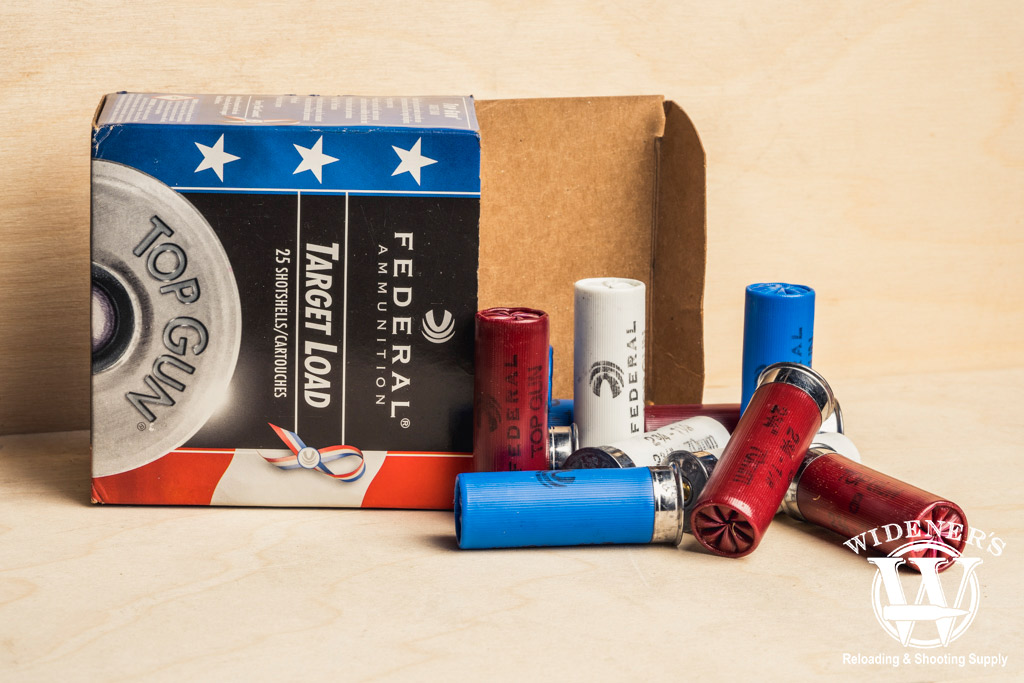 From hunting applications to sporting clays and home defense, the 12-gauge remains the most popular shotgun shell in the United States.

The 12-gauge shotshell is the polar opposite of the 10-gauge. There are hundreds of ammo and shotgun options available. 12-gauge shotguns are lighter than 10-gauge variants, but the shell is still powerful enough for most hunting applications. Most gun owners have at least one 12-gauge shotgun in their collection, if not more.

The 12-gauge shotgun shell has very few downsides. It produces more recoil than the smaller gauges listed below, which means that inexperienced shooters may have difficulties controlling the platform. Other than that, it is by far the most versatile shotgun gauge available.

Like the 10-gauge, the 16-gauge shotgun shell has slipped into obscurity over the last few decades. Finding 16-gauge shotguns is challenging and purchasing large quantities of ammo is even more so. 16-gauge shells are a great choice for hunting game birds with the assistance of hounds, but 12 and 20-gauge shotshells perform just as well. 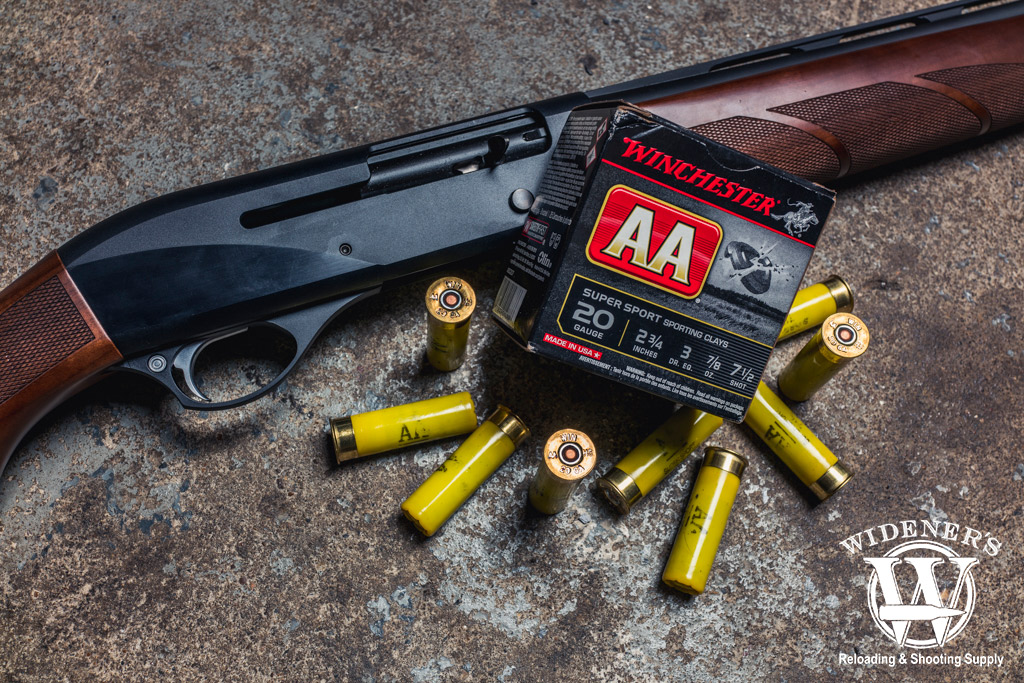 The 20-gauge shell is a great size for teaching youth about sporting clays or small game hunting.

The 20-gauge is one of the most common types of smaller diameter shotshells. When shopping for 20-gauge shells and shotguns, you will have plenty of options to choose from. The 20-gauge is a great choice for hunting non-waterfowl birds. It is also useful for teaching inexperienced and youth shooters.

The 28-gauge falls somewhere between the 20-gauge and 16-gauge in terms of availability. While ammo is not scarce, it is not as easy to come by as 12 or 20-gauge shotshells. This reduced availability also drives up the price of 28-gauge shells. The 28-gauge is ideal for hunting small game but is not the best option for training purposes due to the added cost of ammo.

Also known as a “snake charmer” .410 shotguns are the smallest production shotguns. A .410 shotgun is lightweight and produces negligible recoil. The .410 shotshell is primarily used for pest-control and small game hunting. 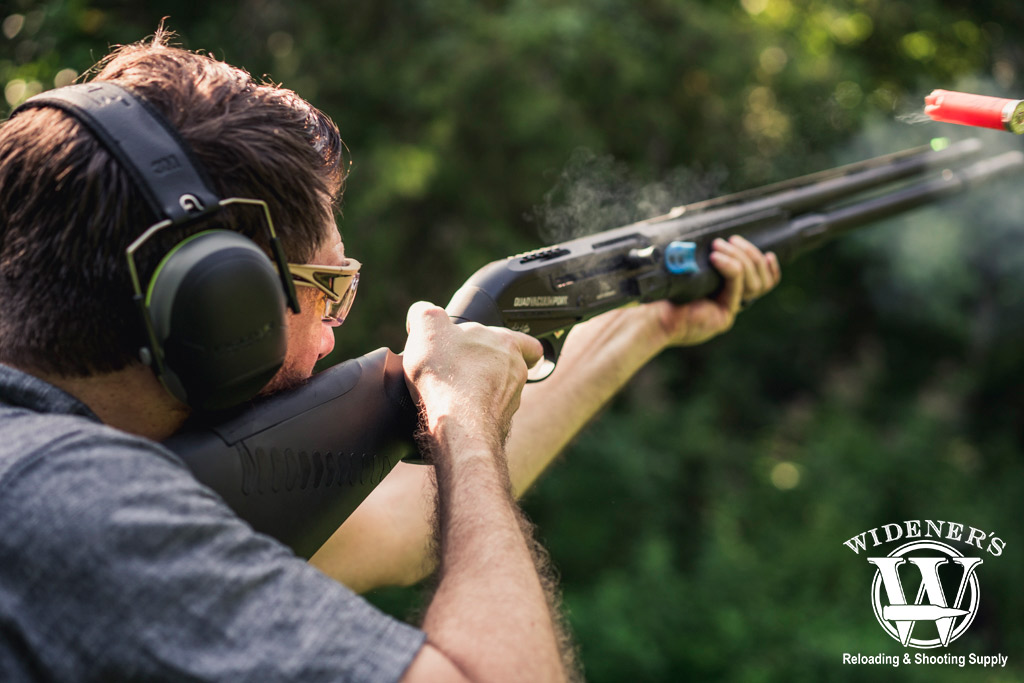 Ready to buy a shotgun? Start by looking at the many options from manufacturers chambered in 12-gauge.

If you are interested in adding your first shotgun to your collection, then I recommend starting with a 12 gauge platform. A simple pump-action 12-gauge like the Remington 870 Express or Mossberg 500 are great introductory shotguns. If you are interested in a higher-end option, Benelli’s Super Black Eagle line of semi-auto shotguns are premium firearms. Personally, I am partial to a side-by-side double-barreled shotgun like the Stoeger Uplander.

Regardless of which style of shotgun you choose, the 12-gauge shotshell will give you plenty of flexibility. You can use your new firearm for target shooting, busting clays, and hunting a variety of game. If you’re unsure where to start with 12-gauge ammo, be sure to check out our understanding different 12-gauge shotgun load types article.

Source
Shotgun Gauges Explained is written by Jacob for www.wideners.com